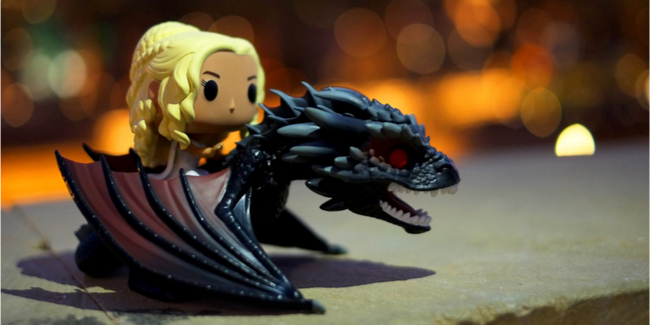 Our round-up of key news affecting authors. In this week’s edition: Game of Thrones is over, the books of college libraries are turning into wallpaper, and more…

How ‘To Kill a Mockingbird’ Beat the Odds to Deliver a Broadway Smash
Variety
“It’s late March, and Daniels has just given his 100th Broadway performance as Atticus Finch, the small-town attorney immortalized in Harper Lee’s To Kill a Mockingbird and in the 1962 Oscar-winning film of the same name. That’s in addition to the 45 preview performances that Daniels and the cast spent fine-tuning playwright Aaron Sorkin’s radical adaptation of the book that was published nearly 60 years ago.”

‘Game of Thrones’ is Over. Now What About the Books?
The Atlantic
“For many years, George R. R. Martin has been repeatedly asked the morbid question of what would happen if he were to die before finishing his A Song of Ice and Fire series.”

Social Networks Face Flak for Allowing Fake Videos of ‘Slurring’ Pelosi
Politico
“The country’s social media giants are taking heat for videos circulating on their platforms that have been altered to show Speaker Nancy Pelosi slurring her words—the latest incident in a roiling debate over what content companies like Facebook, Twitter and YouTube should allow on their platforms.”

Poland Files Complaint with E.U.’s Top Court over Copyright Rule Change
Reuters
“Poland has submitted a complaint to the European Union’s top court against copyright rules adopted by the bloc in April to protect Europe’s creative industries, which Warsaw says may result in preventive censorship.”

Entertainment One to Enlist Wattpad Superfans for Feedback on Scripts Based on User-Written Stories
Variety
“In an unusual move, Entertainment One plans to share TV pilot scripts for two Wattpad stories it’s adapting as series with the most passionate fans of the original tales—bringing them into the development process.”

The Books of College Libraries Are Turning into Wallpaper
The Atlantic
“Buried in a slide deck about circulation statistics from Yale’s library was an unsettling fact: There has been a 64 percent decline in the number of books checked out by undergraduates from Bass Library over the past decade.”

Gentrification Threatens Black-Owned D.C. Bookstore
Publishers Weekly
“Sankofa is facing a $30,000 tax assessment as a result of recent property value increases. If forced to pay the tax, the store’s future will be in jeopardy.”