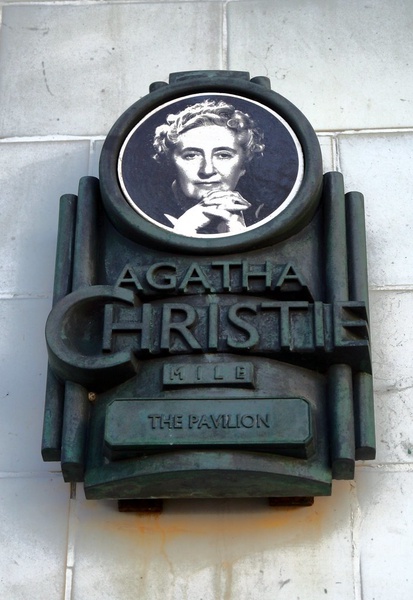 In this week’s edition, the U.S. Department of Justice sues to stop Penguin Random House’s acquisition of Simon & Schuster even as Sourcebooks completes its merger with BES Publishing; writing lessons for mystery authors from Agatha Christie; one author’s story about how many other people are writing the same narrative as hers; National Book Critics Circle announces a new award for book translation while Kirkus announces the winners of its adult fiction, nonfiction, and young people’s literature prizes; artificial intelligence comes to audiobooks and more.

U.S. Files Antitrust Suit to Stop Major Book Publisher Merger
The Los Angeles Times
The biggest industry news of the week is that the DOJ filed suit against Penguin Random House to prevent its proposed merger with Simon & Schuster arguing that consolidation of two such large publishers would adversely impact authors and consumers. This is just one of more than 20 news stories about the suit in which the Authors Guild is quoted.

In the United States: Sourcebooks Acquires BES Publishing
Publishing Perspectives
“‘Our children’s book business now accounts for more than half of our annual sales,’ says Sourcebooks’ Kay Birkner. The independent house’s acquisition of BES Publishing is seen as bolstering that trend.”

What Agatha Christie’s Novels—And Life—Have to Teach Today’s Crime Writers
Literary Hub
What Christie would have to say about writing mysteries if she had ever written a craft book.

What Happens When Everyone is Writing the Same Book as You Are?
The New York Times
Olivia Parker wants to write a book about her great, great, great uncle who in the waning days of the Ottoman Empire, led a British expedition to Jerusalem to find the ark of the covenant, only to fail, spectacularly, in 1911. The only problem is that several other authors are writing about it too.

NBCC Launches New Book Translation Prize
Literary Hub
The National Book Critics Circle creates a new annual award: the Gregg Barrios Book in Translation Prize, which will honor the best book of any genre translated into English and published in the United States.

2021 Kirkus Prize Winners Announced
Book Riot
Kirkus announced the winners of its annual $5,000 prize in fiction, nonfiction, and young people’s literature as follows: Joy Harjo for her novel Harrow; Brian Broome for his memoir Punch Me Up to the Gods; and Christina Soontornvat for Thirteen: The Incredible Cave Rescue of the Thai Boys Soccer Team.

How Scribbling in the Margins Transformed My Reading
The New York Times
An essay in praise of writing in the margins of books.

In Fight Over ‘Beloved,’ a Reminder of Literature’s Power
The New York Times
With all eyes turned to the Virginia Gubernatorial race in the week’s election, Republican candidate Glenn Youngkin wants parents, not educators, to determine what their kids read and learn about, including American history such as slavery as depicted in Toni Morrison’s Pulitzer Prize-winning novel Beloved.

AI Comes to Audiobooks
Publishers Weekly
What if you could produce audiobooks cheaply and quickly using a high-end synthetic voice to narrate instead of paying an actor to do it? Several companies, nearly all based overseas, are doing it.