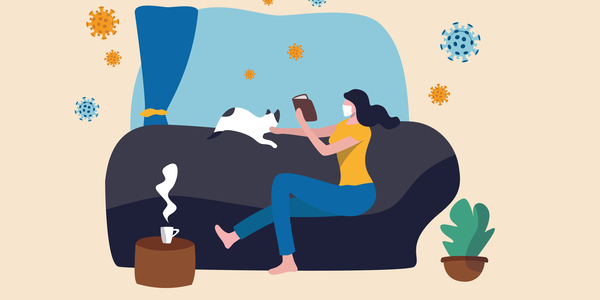 In this week’s edition, the European Union filed antitrust charges against Amazon, President-elect Biden is expected to take tough stance on Big Tech, some rare good news on U.S. book sales and more.

Biden Is Expected to Keep Scrutiny of Tech Front and Center
The New York Times
Bipartisan support to restrain the tech industry’s power has grown sharply during the Trump administration and shows no signs of going away as Democrats regain control of the White House. President-elect Biden is expected to take on the Silicon Valley giants on misinformation, privacy and antitrust, in a sharp departure from the policies pursued while he was vice president under Mr. Obama.

Simon & Schuster Sold Just About Everything in 2020—Except Itself
Vanity Fair
The publishing behemoth, which hit the market just before lockdown, racked up best sellers from Woodward, Bolton, and Mary Trump. Amid speculation about potential buyers—one of the “Big Five” houses? French media conglomerate Vivendi? A private-equity firm?—ViacomCBS is keeping quiet.

NPD Books: US October Sales up 7.1 Percent Over 2019: ‘A Healthy Month’
Publishing Perspectives
NPD Books says it expects 2020 trade book sales to be one of the highest volume years in the U.S. with October sales up 7.1 percent.

A Toy, a Tool, a Piece of Art: Sarah Haas on What a Book Can Be
Literary Hub
Sometime in the future, it might be interesting to have to explain the five thousand or so years during which the book was a dominant technology.

35% of the world is reading more during the pandemic. Thanks, pandemic?
Literary Hub
Research compiled by writing and proofreading service Global English Editing shows that 35% of people in the world have read more books than usual since COVID began. According to a related infographic, however, that still doesn’t mean a lot of reading is happening in the U.S.—Americans rank 22 in the amount of weekly reading they do: 5 hours and 42 minutes. Citizens of India rank first at 10 hours and 42 minutes.