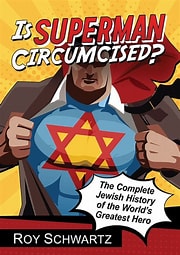 In this week’s edition, the winners of the 2021 National Book Awards; a focus on the growing need for ghostwriters; two audiobooks companies are expanding to better compete with Audible; the rise in book banning; Vox explores whether book clubs can lead to activism; it’s time vote for the “oddest book title of the year”; and more.

Image: Cover of one of the books nominated for 2021 Diagram Prize for the Oddest Book Title of the Year

Congratulations to the Winners of the 2021 National Book Awards
Lit Hub
The winners of its 2021 National Book Awards are as follows: Jason Mott, Hell of a Book (Fiction); Tiya Miles, All That She Carried: The Journey of Ashley’s Sack, a Black Family Keepsake (Nonfiction); Martín Espada, Floaters (Poetry); Elisa Shua Dusapin, Winter in Sokcho as translated by Aneesa Abbas Higgins (Translated Literature); Malinda Lo, Last Night at the Telegraph Club (Young People’s Literature). We also applaud the finalists, including three Authors Guild members Lauren Groff, Robert Jones, Jr. and Sora Kim-Russell, two nominated in the fiction and one in the translated literature categories respectively.

Ghostwriters Come Out of the Shadows
Publishers Weekly
A discussion about the role of the ghostwriter and how it has changed as more “celebrities” get book deals.

The Frenzy of Book Banning
The New York Times
This op/ed by Michelle Goldberg captures the growing battle by conservatives to eliminate marginalized ideas and voices from public schools—a literal whitewashing of history and literature.

Spotify to Acquire Findaway and Storytel Will Buy Audiobooks.com
Publishers Lunch
Two major acquisitions may help challenge Audible’s dominance in the audiobooks space. Spotify will acquire distributor Findaway as part of their goal to develop a meaningful presence in the audiobooks market and Storytel, the world’s second most-successful audiobook subscription service will acquire Audiobooks.com for $135 million to help it enter the U.S. marketplace for the first time.

Vote for the Diagram Prize for Oddest Book Title
Washington Post Book Club
Now more than four decades old, and based out of Great Britain this peculiar contest honors the year’s strangest title. Surprisingly, this is the first year that all six finalists have come from university presses or academia. Vote here to choose the winner by December 3.

The Lofty Goals and Short Life of the Antiracist Book Club
Vox
Book clubs do much to help people understand what is at the crux of a problem such as institutional racism, but can they lead to activism?

Soft Boiled Mysteries for Women Over 50
LitHub Crime Reads
There’s something for everyone when it comes to wide-ranging super-sleuths unless you are a woman over 50 looking for a modern-day protagonist like themselves.

Substack Is Now a Playground for the Deplatformed
Wired
As Substack increasingly seeks controversial political and business writers who no longer publish on mainstream news sites, it raises questions about whether the platform is quickly becoming as toxic as Facebook in pushing false information and “harmful” content.