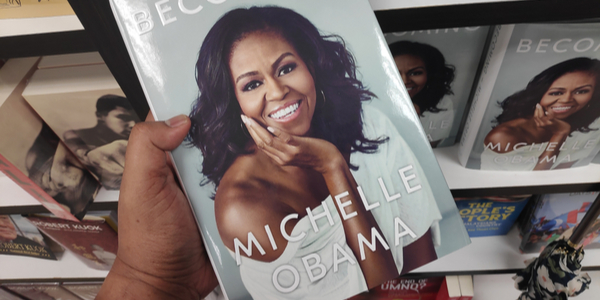 Daniel Menaker, Book Editor Who Wrote with Wit, Dies at 79
The New York Times
“Daniel Menaker, who incubated literary celebrities as executive editor in chief of Random House and as a senior fiction editor of The New Yorker,” passed away on Monday.

The Book That Brought Writers’ Fears and Self-Doubt into the Open
Literary Hub
Christina Baker Kline sat down with Bonnie Friedman to discuss “how Writing Past Dark came about, what particular traits enable writers to succeed, and how the landscape has changed for writers since it was first published.”

‘There Are Tons of Brown Faces Missing’: Publishers Step Up Diversity Efforts
The New York Times
“The push in book publishing for more authors and workers of color hasn’t abated, and companies are increasingly making lasting changes to the way they do business.”

Netflix ‘Narcos’ Copyright Win Shows True Stories Hard to Shield
Bloomberg Law
“Underlying the case is when an author of an expressive work based on facts, such as a memoir or autobiography, can protect its creation. Lawyers said that Vallejo, a Colombian reporter whose book documented her romantic relationship with drug cartel leader Pablo Escobar, didn’t have a great case.”

Courtney Maum Thinks the 27th Draft Is Where It Gets Good
Electric Literature
Electric Literature talks to “Courtney Maum, who is leading an independent study on landing yourself a book contract—all the detailed, comprehensive information she includes in her book Before and After the Book Deal, but with exercises and guidance.”

The 10 Best Book Covers of October
Literary Hub
“Another month of books, another month of book covers. Disproving—somewhat—the theory that we can’t have nice things, this month of the ongoing apocalypse brought us quite a few very good book covers, from the frankly gorgeous to the inescapably charming.”

As the Vote Nears: High Season for U.S. Political Books
Publishing Perspectives
“Building for years, the clamor on the United States market in political books is reaching a pre-election crescendo this week. NPD sees a bigger year for these titles than any since 2004.”

ALA Announces Longlist for 2021 Andrew Carnegie Medals
Publishers Weekly
“In all, a total of 46 books (26 fiction, 20 nonfiction) were selected, with a six-title shortlist—three each for the fiction and nonfiction medals—to be chosen from the longlist titles and announced on November 17, 2020.”