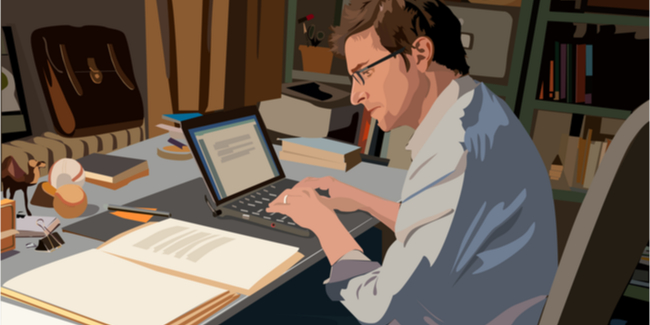 Our roundup of key news affecting authors. In this edition: Most infamous rejection letters, small publishers that deserve your attention, and more…

18 Books from Smaller Publishers That Deserve Your Attention
BuzzFeed News
“Whether you pick up a gripping thriller or a moving memoir, there are plenty of ways to support small presses this autumn.”

Audible Pauses Captions Roll-Out After Publisher Lawsuit
The Bookseller
“Audible is limiting the roll-out of its Captions speech-to-text feature to just works in the public domain after seven publishers filed a copyright lawsuit.”

A Legendary Publishing House’s Most Infamous Rejection Letters
Literary Hub
“Publishing history is littered with tales of authors who suffered rejection after rejection—often for years—before they finally found a publisher prepared to take them on. Their stories are invoked as encouragement to every struggling writer: persist, and eventually you will succeed. Equally, of course, they can be read as cautionary tales for publishers: ‘look how foolish you were,’ they seem to say. ‘Learn from your mistakes.’”

Keanu Reeves Is Doing a New Thing: Publishing Books
The New York Times
Reeves and his business partner Alexandra Grant “don’t accept submissions and haven’t worked with agents, preferring instead to unearth what Grant calls ‘secret books’—knotty concepts that might seem unpublishable. Their titles are stocked at art bookstores like Otherwild in Los Angeles, Printed Matter in New York and Yvon Lambert in Paris.”

Google Emerges as Target of a New State Attorneys General Antitrust Probe
The Washington Post
“Over the past year, regulators around the country have grown increasingly wary of the power wielded by Silicon Valley, questioning whether the industry’s access to vast amounts of proprietary data—and deep pockets—allow companies to gobble up rivals and maintain their dominance to the detriment of consumers.”

Resale of Ebooks Ruled Illegal in E.U.
Publishers Weekly
“Zoey Forbes, technology, media and entertainment associate at law firm Harbottle & Lewis, said: ‘Rightsholders of digital works protected by copyright, such as ebooks, music downloads, films and games, will welcome the advocate general’s Opinion that the resale of ebooks is unlawful under E.U. law.”

Steve Hamilton and the New ‘Disrupters’ in the Book Publishing Industry
Forbes
“It’s an age-old question, and I think it’s a simple matter of economics. If you make something, its ‘value’ to other people will literally be determined by what they’re willing to pay for it. That sounds crass and mercenary when applied to anything creative, but that uneasy feeling you might have when talking about it is actually part of the problem. There’s this built-in expectation that an artist creates something because he or she loves doing it—because he or she is compelled to do it—and of course, that’s true, but only partly true. An artist also has to eat, has to have someplace to live, and might even want to send a kid or two to college.”

NYC Extends Anti-Harassment and Discrimination Protections to Freelancers
Freelancers Union
“As of 90 days from its signing, freelancers who experience discrimination will be able to file a complaint with the New York City Commission on Human Rights.”