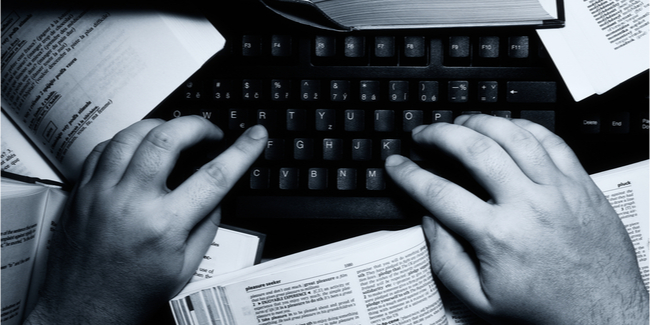 Our roundup of key news affecting authors. In this edition: 2 New Book Imprints, Oprah’s Book Club is back, and more…

At ‘Captions’ Hearing, Judge Hammers Audible’s Fair Use Argument
Publishers Weekly
“If the decision to issue a preliminary injunction against Audible’s ‘Captions’ program comes down to fair use, Audible may be in trouble. Over the course of a 90-minute hearing on Wednesday, federal judge Valerie Caproni appeared thoroughly unmoved by Audible’s defense of its Captions program, and highly skeptical that Audible’s plan to scroll snippets of computer generated text alongside audiobooks in its app should be called anything other than what it is: reading.”

10 Controversial Classics for Banned Books Week
Literary Hub
“It’s important, every once in a while, to remember the then-controversial works of literature that were once cast into the cleansing fire of censorship and managed to make it out the other side, not merely unscathed, but stronger for the attempt.”

What Happened After I Lost My Agent—Twice
Janefriedman.com
“I thought that first agent failure was discouraging. But now, I had been so close, the Big Five! And I’d failed again. It felt like running a marathon and collapsing fifty meters from the finish.”

It’s a Fact: Mistakes Are Embarrassing the Publishing Industry
The New York Times
“In an era plagued by deep fakes and online disinformation campaigns, we still tend to trust what we read in books. But should we?”

‘Oprah’s Book Club’ Is Coming to Apple TV+. Here’s Her First Pick
The Los Angeles Times
“The series will premiere at the platform’s launch with a new episode available every two months. Winfrey also revealed her first pick, ‘The Water Dancer’ by Ta-Nehisi Coates.”