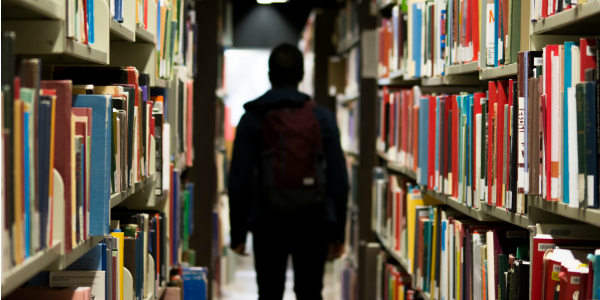 A shocking proposal from the Internet Archive (IA) illustrates how deeply fragmented traditional alliances in the literary marketplace have become. IA has proudly announced that it’s a semifinalist for a $100 million grant from the John D. and Catherine T. MacArthur Foundation, which will allow IA to digitize over 4 million books. IA then plans to make a digital copy of every work available to any library in the country that owns a physical copy of that book. The idea is to create tens of millions of new ebooks, available for free to library users throughout America. It’s inevitable that most of the newly digitized books would still be within their copyright, since IA wants to concentrate on works published in the last century. Despite that, the IA does not plan to pay a penny to the authors or publishers of these books.

When discussing recent conflicts between authors and some librarians, I try to encourage people to get some distance by referring to libraries, in an admitted rhetorical flourish, as “communist enterprises.” That is not meant as an insult, but rather to emphasize that libraries function on a communitarian model that is at odds with the usual way we do business in the rest of our capitalist society. After paying for a single copy of a book, a library—which is, after all, a governmental entity—makes that book available to all readers on an equal basis, and most often without cost. Virtually every author has been nourished by libraries, and for this reason authors—and publishers—have been loath to complain about the longstanding legal arrangement allowing for free borrowing of books. On the other hand, you can imagine the howls of protest that would come from General Motors and other car makers, if every municipality in the U.S. bought a fleet of cars and then made them available for free use 24/7 by every resident of the community. The automobile manufacturers would decry this Leninist plot to put them out of business.

The longstanding, tender accommodation between authors, publishers and libraries has been thrown up for grabs in the digital era. Rather than pay authors and publishers for the right to make a digital copy of their copyrighted work, IA somehow imagines it’s at liberty to do that for free. But there is no basis in the law for what they propose.

Two cases have progressed through the courts involving widespread digitizing of library collections. In the first case, HathiTrust, a consortium of university libraries wanted to make digital scans of its collections available for word search by researchers, as a way to focus and speed up their work. In the second case, Google Books—who’d made the scans of the university collections in the first place—wanted to display snippets from those books to users of its search engine. In both cases, the Second Circuit held that those limited uses were “fair” under the Copyright Act (despite furious objections from the Authors Guild, especially about Google, which makes free use of entire books, even as it collects ad revenue from every click). However, in both cases, the Second Circuit was at pains to point out that the full display of the works was not authorized by its decisions. (“Importantly, as we have seen, HDL [Hathi Digital Library] does not allow users to view any portion of the books they are searching.”) Instead, the court approved the uses only for word-searching because they were “transformative,” that is, completely different from the book. As the Court explained: “[T]he result of a word search is different in purpose, character, expression, meaning, and message from the page (and the book) from which it is drawn.” Google Books employed similar reasoning. The Court again approved the display of snippets, finding that they were more akin to information about the book “without providing the public with a substantial substitute for matter protected by [authors’] copyright interests in the original works.” These cases do nothing to legitimize the Internet Archive’s plans, which would create a direct substitute for the authors’ books, and in the meantime also confiscate the rights of authors and publishers to come to an arrangement of their own with digitizers on a fee-paying plan to revitalize out of print books.

Let me relate a personal anecdote to make the problem here even more obvious. Some years ago, when Presumed Innocent came out, one of my former colleagues in the United States Attorney’s Office in Chicago stood over a government photocopying machine (which he could use for free) and made a complete copy of my novel. The lawyer meant it as a prank, to show how desperate my friends were to read the novel, but the United States Attorney was furious. To him, there was nothing amusing about a federal prosecutor engaging in what was clearly a criminal act under the copyright laws.

We all understand that no one can go into a library and make a complete photocopy of a physical book. That’s why the logic of the IA proposal is so hard to understand. If you can’t make a physical copy of a book, why in the world is making a digital copy any different, especially when that digital copy is meant to be used in exactly the same manner as the physical book? No matter how well-intentioned, the IA plan is little more than a high-minded smash and grab.

Occasionally some librarians spout the slogan, “Knowledge wants to be free.” But knowledge is not free; authors spend years of their lives working on their books, and publishers invest deeply to bring those works to the public. I can guarantee you now that the librarians and scanning companies who would be working on the IA project would not be donating their services. Instead, they will receive $100 million for their labors. Given that, it’s beyond galling that the IA plan would share not a penny with the authors and publishers who created the books in the first place.