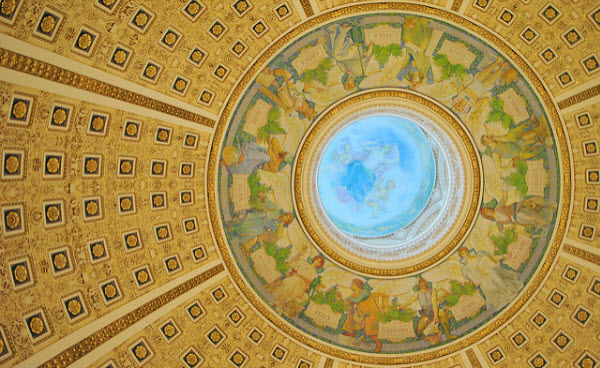 Maria Pallante, the Register of Copyrights and Director of the United States Copyright Office, submitted her resignation today, after being abruptly removed and transferred from office last Friday by Dr. Carla Hayden, the new Librarian of Congress, who was sworn in just weeks ago. According to a statement issued by the Library of Congress, Hayden transferred Pallante to a newly created non-managerial position within the Library, Senior Advisor for Digital Strategy. Karyn Temple Claggett, an Associate Register, was appointed Acting Register of Copyrights, effective immediately.

In another major initiative (which the Authors Guild has adopted as part of our 2016 Legislative Priorities), Pallante led the Office in a comprehensive study and then a recommendation to create a small claims tribunal, which would allow authors and other creators to bring small infringement claims inexpensively, without having to hire a lawyer. Congressmen Hakeem Jeffries (D-NY) and Tom Marino (R-PA) have already introduced legislation to implement the recommendations, and Congresswoman Judy Chu (D-CA) has indicated that she might as well.

During her tenure, Pallante displayed an uncommon willingness to comprehend and to balance the positions of all copyright stakeholders. Especially important to the Guild was Pallante’s conviction that ultimately the creative industries cannot thrive without respect for individual creators. Under Pallante, the Copyright Office operated under and embodied the principle that copyright exists to benefit the public by incentivizing new works of authorship, and that the rights of individual creators need be respected to ensure that robust creative ecosystems can flourish through new digital platforms.

Upon taking office in 2011, Pallante outlined an incredibly ambitious set of Priorities and Special Projects which she proceeded to fully execute—and even exceed—something especially noteworthy given her relatively small staff. Among her many achievements, the Office in just five short years conducted comprehensive studies and issued policy reports on:

Leading always by example, Pallante tackled many difficult issues, and employed a standard of excellence and a work ethic that infused her diversely-minded staff—hired from all copyright sectors—with the energy and devotion to accomplish monumental amounts of exceedingly high quality work. Each study, report and other document issued during her tenure was extremely well researched and written, the law and facts meticulously analyzed. And in every study and rulemaking process, the Office thoroughly reviewed and addressed the hundreds (sometimes thousands) of stakeholder comments submitted for consideration.

It is a difficult time of transition in copyright law, with so much of the law being questioned and recast in response to the digital revolution. It is the rare person who can summon the abilities and strengths Pallante did to tackle these issues head-on. We applaud Pallante for her outstanding service as Register these last five years.

Fortunately, Congress has heard our ideas and has been looking at changing the institutional structure of the Copyright Office. Legislation has been introduced in the House that would modernize the Copyright Office and give it greater independence from the Library. The Authors Guild endorsed this bill and continues to support this concept.

Meanwhile, we are pleased that Temple Claggett, Associate Register of Copyrights and Director of Policy and International Affairs for the United States Copyright Office, has agreed to serve as Acting Register while the search for a permanent replacement is underway. Temple Claggett is an astute and experienced copyright lawyer and manager and an excellent choice to lead the Copyright Office through this period of transition. In her prior role, Temple Claggett oversaw the office’s domestic and international policy analyses, legislative support, and trade negotiations, among other matters. We look forward to working with Temple Claggett during the transition.

We understand that a search committee to fill the Register’s position is being formed. The Authors Guild will request that creators be represented on that committee. We hope that the new Register will continue the Copyright Office’s long tradition of championing and serving the interests of individual creators, men and women who work in an increasingly precarious economy, and whose work, though often taken for granted, remains the lifeblood of our culture.