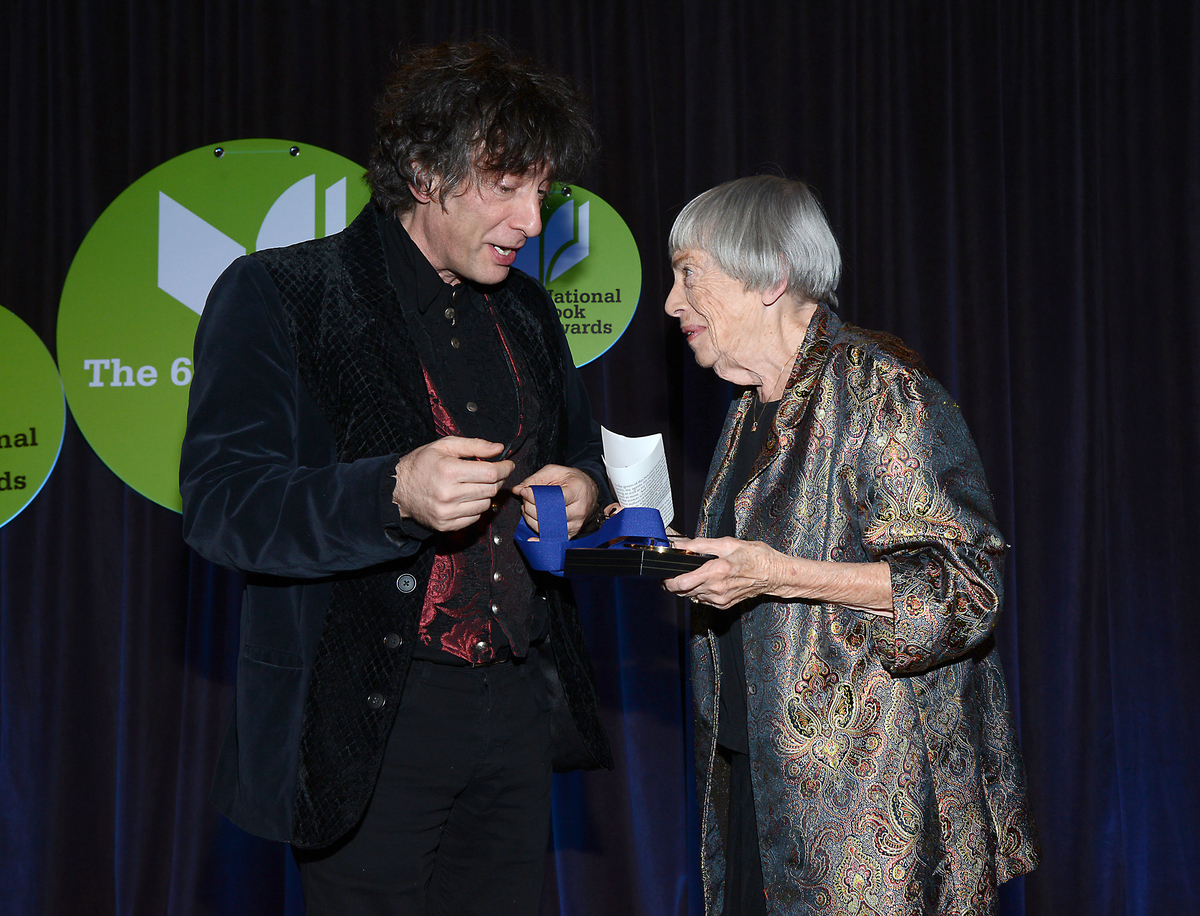 The book world is abuzz today after Ursula K. Le Guin delivered a tour de force address at the National Book Awards ceremony in New York City last night. Le Guin, who has been publishing consistently since the ’60s, received a medal for Distinguished Contribution to American Letters. She shared the laurels with “all the writers that were excluded from literature for so long: my fellow authors of fantasy and science fiction.”

Wide-ranging but concise, her acceptance speech summoned the myriad obstacles writers are up against and yet still holds out hope for the future. Writers are all the more important today because they can “see through our fear-stricken society and its obsessive technologies to other ways of being.”  Bemoaning the state of the industry, she warned, “We need writers who know the difference between the production of a market commodity and the practice of an art,” she said. The heart of her comments addressed the recently resolved Amazon-Hachette dispute and cut to the quick of why it was, for many, so devastating:

We just saw a profiteer try to punish a publisher for disobedience, and writers threatened by corporate fatwa, and I see a lot of us, the producers who write the books, and make the books, accepting this. Letting commodity profiteers sell us like deodorant, and tell us what to publish and what to write.

Books, you know, they’re not just commodities. The profit motive often is in conflict with the aims of art. We live in capitalism. Its power seems inescapable. So did the divine right of kings. Any human power can be resisted and changed by human beings. Resistance and change often begin in art, and very often in our art—the art of words.

The speech was broadly hailed, even at the after-party, reports NPR’s Petra Mayer. One attendee called it “the most ferocious speech ever given at the National Book Awards.”