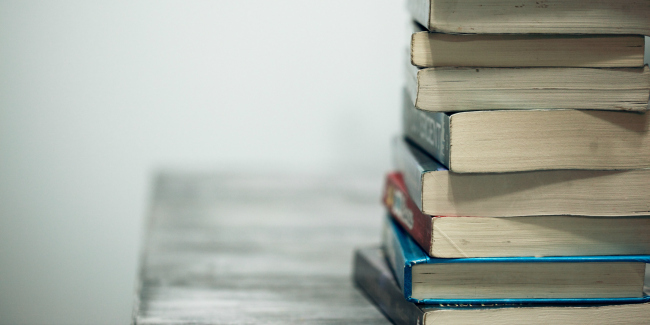 The U.S. government is putting together a list of professional journalists and media influencers to watch as part of its media monitoring plan.

The success of authors using self-publishing to sell their books has led to a burst of business for small presses.

How Trump Is Shaking Up the Book Industry

Trump’s election victory has caused the literary world to realize that they may be out of touch with the American public. Lorin Stein, former editor-in-chief of The Paris Review, says “I wasn’t focused on how closed off our worlds have become from one another… but thanks to the election, I have a very different sense of what kind of marketplace we are all in.”

The publisher is eliminating 20% of its staff including all of its children’s imprint editors. “These are difficult decisions” said President Tony Lyons, “but we believe they will allow us to become more nimble, respond to trends, focus more on what our customers want, increase the quality of the books we publish, and create more impactful marketing plans.”

The coffins of English poet Samuel Taylor Coleridge, his wife, daughter, son-in-law, and grandson were rediscovered during an excavation at St. Michael’s church in Highgate, London after years of being lost because of the changing structure of the parish. According to a member of the church’s stewardship committee: “Poor Coleridge was moved from a tip to a tip—they put the coffins in a convenient space which was dry and secure, and quite suitable, bricked them up and forgot about them, and never did anything about the rest of the space.”

The textbook publishers were awarded $34.2 million in damages, with $20 million for trademark infringement and $14.2 million for copyright infringement. “The jury in this case recognized the inherent value of textbooks and educational publishers, and that book distributors must exercise vigilance to avoid buying and selling counterfeit textbooks,” said attorney Matt Oppenheim who represented the publishers.

Rebecca Kelly Slaughter, one of President Donald Trump’s nominees for the Federal Trade Commission, says she thinks the FTC has a “very important role to play in policing allegations of either anti-competitive conduct or unfair and deceptive trade practices.”

Read the transcript of a speech given at the 2018 London Book Fair by Andrus Ansip, Vice President of the European Commission and Commissioner of the European Digital Single Market, discussing a proposal to reform the European Union’s copyright rules that would help authors negotiate fair pay for their work and encourage transparency from publishers about their business models.

U.S. Customs and Border Patrol denied entry to prominent Australian Muslim author and activist Yassmin Abdel-Magied, who was traveling to the United States to participate in the 2018 PEN World Voices Festival, sparking outrage from the American literary community. CBP claims that Ms. Abdel-Magid was denied entry because she did not have the right visa for her visit.

Photo by Sharon McCutcheon on Unsplash