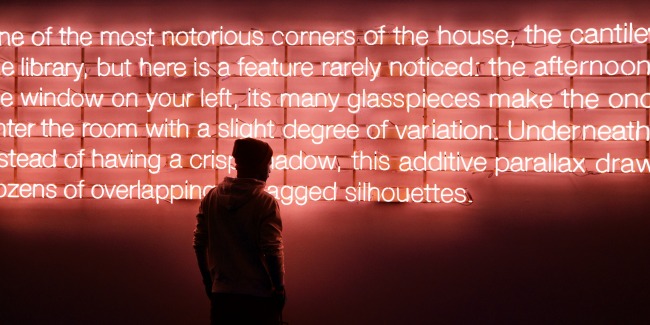 Our round-up of key news affecting authors. In this week’s edition: Kanye West publishing a book via Twitter, how to handle an agent offer, and more…

How Much Is a Word Worth?

Author Malcolm Harris talked to freelance writers and magazine editors about the state of freelance writing wages today. “Most publishers are privately held, and there’s not a strong sense of what their revenue per word is,” Harris writes. “If writers were in possession of that number, however, based on my research, I think it would improve our bargaining position rather than weaken it in most cases.”

The Pulitzer winners have been announced. After 2,400 submissions, 21 earned gold, including the staff of The Washington Post, rapper Kendrick Lamar, as well as writer (and Authors Guild member) Caroline Fraser.

Producers of the stage adaptation of To Kill a Mockingbird have offered to perform the play live at the courthouse, so that the court could determine if the play departed from the spirit of the novel. The courthouse reenactment is part of a countersuit against the Harper Lee estate with claims that the estate’s case against the play’s producers “has rendered it impossible for the play to premiere as scheduled… and unless this dispute is resolved in the immediate future, the play will be cancelled.”

How to Handle an Offer of Representation

Former literary agent and author Nathan Bransford offers tips and advice on what to do and what questions to ask when you receive an offer of representation from an agent.

Peter Pulitzer, publishing heir, died this past Saturday at age 88. Peter widely expanded his family fortune, including investing in multiple businesses, hotels, and real estate. His relationships with two ex-wives were also quite famous: Lilly, who founded the successful fashion company “Lilly Pulitzer,” and Roxanne, whose acrimonious divorce from Peter was widely discussed in the press.

Singer-songwriter Kanye West recently announced that he is writing a philosophy book called Break the Simulation. Instead of going through a publisher or publicist, he has decided to write his book by posting philosophical insights on Twitter. Whether these tweets will ever be put into a printed book or just exist on Twitter remains to be answered.

Britain’s upcoming departure from the European Union has created much anxiety and uncertainty among all, including publishers. While Britain was part of the EU and consequently did not have to pay tariffs, British publishers had Continental Europe to themselves and were able to sell English-language editions of books throughout every country in the EU without serious competition. As this will now not be the case with Brexit, there will be more competition between Britain and the United States in European markets, the impact of which is uncertain.

China will introduce a punitive damages system for intellectual property rights infringements to ensure that offenders pay a large price. This happened after the U.S. threatened China with tariffs on $50 billion in Chinese goods to protest theft of U.S. intellectual property and forced technology transfers from U.S. companies.

In the testimony this week, Scott LaBarre, legal counsel to the National Federation of the Blind, told senators, “We argue that the blind and other people with disabilities have a right to live in the world. Fundamental to that right is the right to access information. Blindness is a physical disability that restricts our ability to read the printed word. But as this committee knows, there are ways to provide that same information in alternative formats.”

How Small, Scrappy Local Book Presses Have Turned L.A. into a Publishing Town

Southern California has a long history of literary culture, but now the small indie bookstores and publishers are changing the publishing landscape.

In 2018, Every Single No. 1 Nonfiction Best-Seller Has Been About Trump

The publishing industry has shown that there is an incredibly high demand for juicy political nonfiction, particularly books about Trump. “Trump’s impact on book sales is multidimensional,” CNN’s Brian Stelter reported. “While he is drawing extra attention to certain books, agents and publishing executives worry that he is also hurting sales of nonpolitical titles.”

On Becoming an American Writer

Alexander Chee on his journey as a writer in America. “My job is to make something happen in a space barely larger than the span of your hand, behind your eyes, distilled out of all that I have carried, from friends, teachers, people met on planes, people I have seen only in my mind, all my mother and father ever did, every favorite book, until it meets and distills from you, the reader, something out of the everything it finds in you.”

Photo by Pedro Nogueira on Unsplash