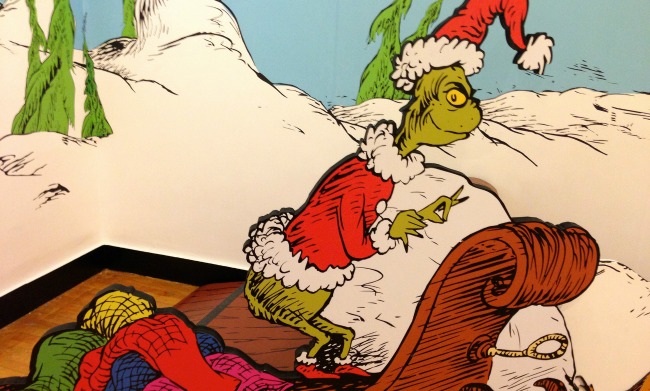 Our round-up of key news affecting authors. In this week’s edition: how to connect with fans on Goodreads, the Grinch that stole fair use, the #VisibleWomen initiative, and more…

The Grinch that Stole Fair Use?

Following the use of characters from a popular Dr. Seuss story, a new off-Broadway play came under fire recently for claims of copyright infringement. The play, which takes place 43 years after the events of How the Grinch Stole Christmas, is touted as a fair use parody by its creator, and condemned as a blatant example of appropriation for material gain by the beloved author’s estate.

This past Monday marked the launch of the second wave of a social media initiative, #VisibleWomen, intended to promote the work of women in the comic book industry. Production company Milkfed promoted the initiative on their website, inviting all creative individuals who identify as women or non-binary to post their work on Twitter as part of the event.

Has one of your works appeared on the torrenting giant? Despite an ongoing debate of whether secondary copyright infringement can constitute a crime, a recent court decision has just acknowledged that, yes, facilitating massive online piracy can rise to the level of criminal conduct.

In a recent court decision, a government official was determined to have violated the First Amendment on freedom of speech claims after banning someone that criticized her from commenting on her Facebook page. The decision also implicated the White House, as the Knights First Amendment Institute brought claims against President Donald Trump for doing the same on his Twitter account where he holds himself out as a public forum to his constituents.

Alexandra Alter at The New York Times has compiled a list of children’s books that, over the past several years, have depicted the struggles faced by Muslim refugees. These books show that no matter how tough the subject, valuable information can still be distilled and portrayed to young audiences.

Despite a promising start in the first half of the year, Pearson is cutting another 3,000 jobs from its educational publishing workforce. The global publishing giant has labeled its North American group one of its biggest opportunities to cut costs.

6 Ways to Strengthen Your Supporting Characters

Phil Stamper-Halpin at Penguin Random House provides six insightful tips on how to flesh out, and make stand out, the supporting characters of your next or ongoing creative project.

How to Connect with Fans on Goodreads

Outrage on Twitter concerning a new young-adult fantasy novel has sparked a larger debate concerning online activism and free expression. Central to the debate are questions of cultural appropriation, representations of diversity, and the repercussions of “culture police” in the social media sphere.

Photo credit: The Grinch’s Holiday Workshop by Sarah_Ackerman under CC 2.0