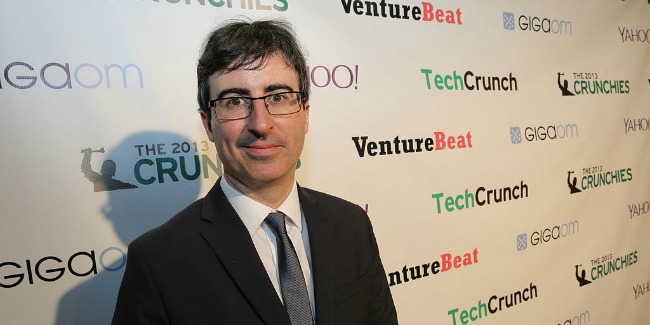 White House adviser Steve Bannon reportedly told White House personnel that Google and Facebook should be regulated like utilities, since they have become essential services in modern life. This would grant the government more oversight over what they are able to do and the prices they are able to charge. The same logic should apply to Amazon.

Former FBI Director James Comey, who was fired by President Trump shortly after his investigation into the president’s possible ties with Russia, has reached a multi-million dollar book deal for his memoir with Flatiron Books. The memoir promises to serve as a rare glimpse into the inner workings of our government—including the behavior of its most powerful inhabitants.

Bob Murray—CEO of the powerful coal-fueled mining company Murray Energy Corporation—didn’t appreciate John Oliver’s scathing comments about him on Last Week Tonight, and so sued John Oliver, HBO, and Time Warner. The American Civil Liberties Union (A.C.L.U.) bit back on Oliver’s behalf with a humorous amicus brief, pointing out that “You Can’t Sue People for Being Mean to You, Bob.” The brief, filed in the U.S. District Court for the Northern District of West Virginia, is a piece of comedy gold that highlights the ridiculousness of the coal baron’s allegations. A link to the brief is embedded in the article.

Master of the Legal Thriller: A Conversation with Scott Turow

At the 2017 Bay Area Book Festival, former AG president Scott Turow was interviewed by Council member T.J. Stiles. In this video, Turow discussed his history as an author and a lawyer, how he finds his subject matter, copyright and self-publishing in the digital age, and more.

A coalition of about 20 media partners has just launched the U.S. Press Freedom Tracker, an online database committed to cataloguing domestic press freedom violations. The database primarily focuses on violations by governmental bodies and elected officials, and it aims to provide better context to the recently increasing number of attacks on journalists and the press.

The Secret Language of Books: What Authors Need to Know About Metadata

Phuong Mai, Metadata Coordinator at Chronicle Books in San Francisco, writes on the importance of authors taking more control over the metadata that accompanies their books. Metadata, he explains, consists of information about a book such as its physical binding type, number of pages, total print run, subject matter, among hundreds of other data elements that remain hidden from the final view of customers.

In Your Corner: Choosing a Quality Publisher

Elizabeth Javor, Manager of Author Services for Outskirts Press, provides advice to authors on choosing publishers that will treat their books as they ought to be treated. She discusses the importance of avoiding publishers that use only the bare minimum to satisfy their contracts with authors, often dooming their books in the process.

Ginny Carter—a business book ghostwriter, book writing coach, and author—explains five simple methods for making that next book more enjoyable and successful among your readers, regardless of your audience.