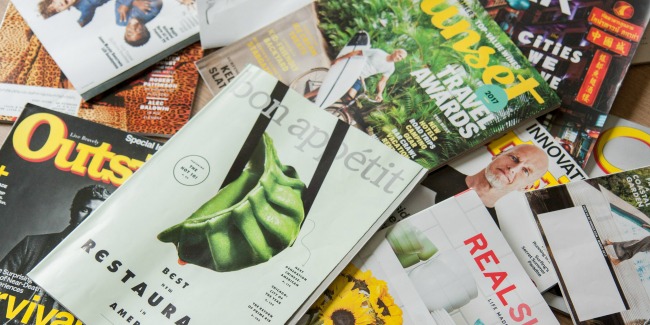 Our round-up of articles of interest and key news affecting authors. In this week’s edition: protecting net neutrality, inside the Hyman archive, and more…

How Google Is Killing the Independent Movie Industry

Movie producer Cassian Elwes explains how internet piracy is decimating the entertainment industry. “Piracy has run rampant on the internet, and creatives have no chance of keeping up with all of it.”

John Freeman reflects on an afternoon spent chatting with the iconic author, Ursula K. Le Guin, in her Portland home.

Author Jacqueline Woodson, whose professional accolades include a National Book Award, four Newbery Honors, and a stint as the Young People’s Poet Laureate, has been named the sixth National Ambassador for Young People’s Literature, for 2018–2019.

The Google document being shared anonymously around the entertainment industry includes wages, gender, ethnic background, as well as the network and studio they work for. The document is aimed at encouraging women to speak up about pay inequity and help writers look for a way to achieve salary parity.

The order states that the New York government is not to enter into contracts with ISPs if the provider is not following net neutrality rules. Cuomo says “with this executive order, we reaffirm our commitment to freedom and democracy and help ensure that the internet remains free and open to all.”

All Good Magazines Go to Heaven

A peek inside the Hyman Archive, which houses 160,000 magazines, many of which are not archived anywhere else physically or electronically. “When you come to look at something from 10 or 20 or 30 years ago, there are obvious kinds of historical archive-worthy elements, but they are also a great record of design trends, typefaces, photography, writing and technology, so they are fantastic records of time gone.”