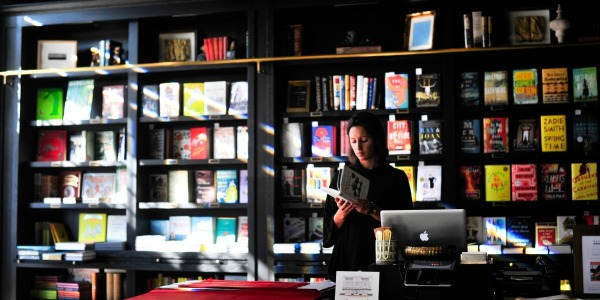 Our round-up of key news affecting authors. In this week’s edition: Google reportedly paying academics for favorable research, how to be a writer on social media, charming Southern bookstores, and more…

We’ve known for a while Google has sought to use its deep pockets to gain political influence. Now, the non-profit group Campaign for Accountability has published a study showing how Google paid university professors to publish research papers taking Google’s side on hot-button issues ranging from data privacy to antitrust.

Over 2 million comments were submitted to the FCC this week protesting the FCC’s plan to dismantle Obama-era net neutrality regulations. Upon President Trump’s appointment of Ajit Pai to the FCC chair, the agency took a staunchly anti-regulatory approach to how Internet providers conduct business, potentially turning the Internet into a pay-for-speed regime.

National Writers Union to Ebony: “See You in Court!”

After non-payments totaling as much as $200,000 to as many as 50 freelance writers, the National Writers Union (NWU) has announced it is preparing to bring Ebony Media Organization and its parent company, the Clear View Group, to court.

How to Be a Writer on Social Media

For their monthly column at Literary Hub, the publicists at Broadside PR interview four writers on what it’s like being a writer on social media.

The Hidden Risks of Writing a Cookbook

Sierra Tishgart of New York magazine reports on some of the lesser known realities of writing and publishing a cookbook.

The Top 5 Charming Bookstores That Span the Southern States

Signature Reads ranks the top 5 most charming Southern bookstores. See if your favorite made the cut.

Are you a fan of Jane Austen? Take this interactive quiz and find out how much you really know.

Sign up for our newsletter for your FREE weekly email summary.