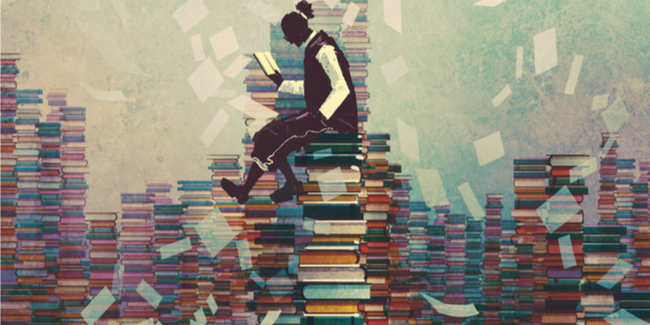 Our round-up of key news affecting authors. In this week’s edition: A bookstore on wheels, no nobel literature prize this year, and more…

No Nobel Literature Prize This Year but Two Prizes in 2019

After sexual misconduct allegations and financial investigations, the Swedish Academy has decided there will be no Nobel Prize in Literature this year.

“A trio of black women at Kensington Publishing is challenging the old, predominantly white narratives of who gets to fall in love.”

Michelle Obama to Deliver Opening Keynote at 2018 ALA Conference

“It’s depressing to imagine that more than 600 Barnes & Noble stores might simply disappear—as already happened with Borders, in 2011. But the death of Barnes & Noble is now plausible.”

As a Bookstore on Four Wheels, Iron Dog Books Is No Joke

A new kind of independent bookstore, a 2006 Freightliner step van customized with wooden shelves holding about 2,000 books including new and used, fiction and non-fiction, as well as children’s and young adult titles.

Broadway ‘Mockingbird’ Is Back on Track, as Court Dispute Ends

The broadway adaptation of To Kill a Mockingbird written by hollywood screenwriter Aaron Sorkin has reached a settlement and is allowed to move forward.

D.C. Is Having an Independent Bookstore Renaissance

“For D.C.’s independent bookstores, part of being hyper-local means carrying titles by the city’s authors. And in an effort to cultivate a community of writers, this new generation of independent stores is developing methods for connecting readers to the authors and poets of the District.”