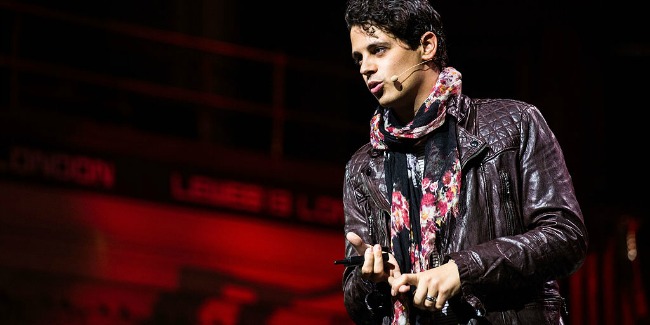 Our round-up of articles of interest and key news affecting authors. In this week’s edition: Yiannopoulos’ lawsuit can proceed, Guinness World Records accuses Scholastic of infringement, and more…

A judge in New York denied Simon & Schuster’s motion to dismiss Milo Yiannopoulos’ $10 million lawsuit against the publisher for wrongfully terminating his publishing contract. Yiannopoulos’ complaint against S&S alleged that the publishing house termination of the agreement—after news of Yiannopoulos’ controversial remarks on pedophilia broke in the media—was a breach of contract and in bad faith. S&S responded to the complaint by arguing that its February 22 cancellation—which reverted rights in the book back to Yiannopolous and allowed him to keep the $80,000 advance—was a valid exercise of its rights under the contract. S&S further argued that the contract “unambiguously” granted the publisher the right to terminate the contract for “multiple and subjective reasons,” including if in its “sole good faith judgment” the book “is not acceptable to it.” We are following the case to see how the court interprets these rarely litigated contract provisions.

Guinness World Records Claims Publisher Is Trying to Copy Them

Guinness World Records claims education publisher Scholastic is trying to steal its business with a “Book of World Records” that “obviously copies” Guinness’ planned publication for 2018. In a lawsuit filed in Federal Court in Manhattan, Guinness claims Scholastic is liable for copyright infringement and unfair competition.

Richard Wilbur, 96, died last Saturday in Belmont, MA. He was the second poet laureate of the United States, following Robert Penn Warren, in 1987. His collection of poetry, Things of This World, won the Pulitzer and the National Book Award in 1957. He won a second Pulitzer for New and Collected Poems in 1988.

Amazon Turns on the Charm Amid Criticism from Right and Left

“The public relations and lobbying push represents a new face for Amazon in Washington. Facing greater skepticism about its growing power over retail, including from President Trump, Amazon is following the well-worn path of oil, pharmaceutical and even other large tech companies, which try to bend policy in their favor by enhancing connections with federal officials.”

“State lawmakers have [expressly] exempted bookstores from a requirement that sellers of items that carry their creator’s autograph include a certificate guaranteeing that the signature is authentic.” The Authors Guild spoke to the legislators offices when the bill was first introduced, seeking clarity that booksellers were exempt. The legislation was not intended to cover booksellers, and, as a practical matter, they were carved out by conditions in the enacted version of the bill,yet concerns remained about the lack of a clear exception. The Guild applauds this amendment.

The 2016 VIDA Count: The Big Picture Gets Bigger: Commitment to Intersectionality

The 2016 VIDA Count is here. The annual count looks at bylines, books reviewed, and authors reviewed to create transparency around the lack of gender parity in the literary landscape. Over the past two years, they’ve expanded their methods to also tally self-reported demographic data on racial and ethnic identity, sexual identity, gender identity, age, education, and disabilities.

“The way this latest controversy has unfolded suggests that the magazine hasn’t fully figured out how to navigate a shifting literary landscape where issues of free expression, reader expectation, literary quality, and diversity of both identity and opinion are all jostling for position.”