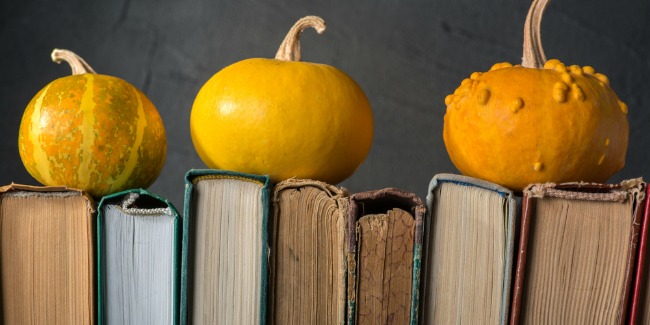 Our round-up of articles of interest and key news affecting authors. In this week’s edition: state of the publishing industry, Oscar-winning composer denied copyright, and more…

Over at Ideolog, Mike Shatzkin dissects remarks given by CEOs of Penguin Random House and Simon & Schuster at the 2017 Frankfurt Book Fair about the state of the publishing industry. Among other issues, Shatzkin considers what the near complete migration of genre writing such as romance from print to digital self-publishing has meant for publishers.

What Julio Cortázar Might Teach Us About Teaching Writing

From George Orwell to Ayn Rand, six famous authors “who found that writing was pretty hazardous, or even deadly.”

A faction of Germany’s far-right party AfD has sued internationally renowned art exhibition documenta for financial wrongdoing. The AfD had also targeted documenta during the run-up to Germany’s general election earlier this year, referring to the artwork as “ideologically polarizing, deformed art”—a clear invocation of the Nazi censorship of “degenerate art,” which documenta was started in response to in 1955. This year’s documenta festival featured a replica of the Parthenon made out of 100,000 banned books at the site of a Nazi book-burning rally in Kassel.

SDNY Finds “Work Made for Hire” Under Italian Copyright Law

On October 6, 2017, the U.S. District Court for the Southern District of New York denied Oscar-winning composer Ennio Morricone’s claim to copyright ownership of several film scores he’d composed during the ’70s and the ’80s. The court found that Morricone’s compositions were commissioned, and that for purposes of U.S. copyright law, they are functionally equivalent to a “work made for hire,” meaning that the film company that commissioned the works is the copyright owner, not Morricone. The court acknowledged that while the U.S. doctrine of “work for hire” does not exist in Italian law—the law to be applied in the case as the transactions originated in Italy—because U.S. law treats them as works made for hire, Morricone could not assert termination rights under U.S. copyright law.

Halloween is right around the corner. If you’re looking for a spooky read to get in the mood, Signature Reads has 10 suggestions.

“Sales of adult trade book rose 3.1% in the first six months of 2017, over the comparable period last year, according to figures released Thursday morning by the Association of American Publishers as part of its StatShot program. Sales of children’s/young adult books increased 4.5% over the first half of 2016.”

In this fundraiser for 826 New Orleans, writers like Roxane Gay, Dave Eggers, and Lauren Groff will call the highest bidder on the phone and read them a ghost story. The ghost stories are written by young New Orleans writers as part of the work that Big Class is doing, and proceeds will help further support the voices of New Orleans’ young writers.