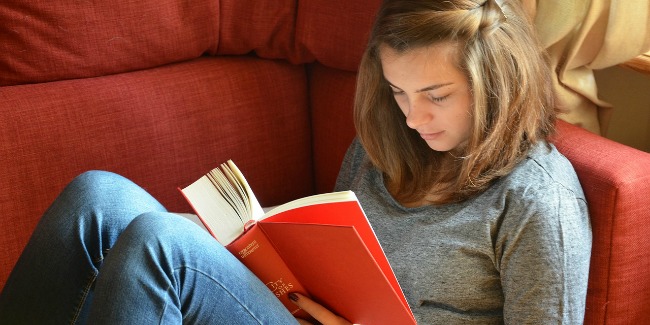 The book is dead. Long live the book festival

“What a wonder, then,” writes Ron Charles, “that these book lovers should rise from their comfy chairs, abandon their nooks and swarm together in celebration — like cicadas emerging from the ground to meet their literary mates.”

After publishing a statement praising the European Union’s landmark penalty against Google for breaching antitrust rules, the Open Markets team was severed from its parent think tank, the New American Foundation, which has received over $21 million from Google. Just hours after the Times reported this, Barry Lynn, the author of the statement “applauding” the EU decision, was fired by New America’s president for “imperiling the institution as a whole,” according to the Times.

Yes, Google Uses Its Power to Quash Ideas It Doesn’t Like—I Know Because It Happened To Me

Kashmir Hill discusses her familiarity with Lynn’s experience at New America. When at Forbes six years ago, Hill reports that she was pressured by her bosses to take down her article critical of the function of Google Plus’s “+1” social button, and the post stayed down.

The National Writers Union/UAW Local 1981 filed a lawsuit on Tuesday against Ebony’s parent company for violating the contracts of dozens of freelance writers collectively owed more than $70,000. “It’s really shameful,” A.J. Springer, one of the writers in the suit, stated in an NWU press release. “A lot of us grew up reading Ebony, so to have to take this to court is beyond disappointing. But as journalists, we are truth tellers who stand on the side of right. Ebony is clearly wrong.”

Book doulas: the new way to push your writing into the world

A new trend in author services, “book doulas,” coach authors looking for guidance and encouragement through the writing and publishing process.

How YA literature helps young people navigate life, feelings and making that transition into adulthood.

Amazon’s 1-Click Patent Is About To Expire. What’s The Big Deal?

Amazon patented the 1-click purchase process back in 1997, when “pretty much everything on the internet seemed innovative.” Some argue that Amazon’s claim to this patent should never have been granted, but the patent gave Amazon the foothold it needed to come to dominance in the book market. The patent is set to expire on September 12, so expect Facebook, Google, Microsoft, and others to launch their own proprietary versions of 1-click after the patent’s expiration.