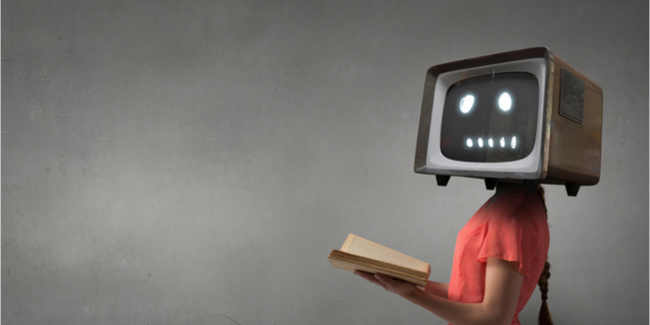 Our round-up of key news affecting authors. In this week’s edition: Books now use the structure of TV shows, are the size of cell phones, and are covered in flowers.

Meet a New Kind of Book, Designed for the Age of Peak TV
Vox
TV’s goal was once to be “novelistic,” emulating the ability of a book to drag a reader into its world. But, as TV is increasingly hailed as “better than books,” that standard is beginning to change. What happens when a book tries to be like a TV show, instead of the other way around?

John Green Wants You to Read Tiny Books
The Washington Post
A new publishing trend will hit the shelves in force this year: Penguin Minis. These books will fit in your pocket and are read horizontally, flipping up instead of left. Penguin will release four of John Green’s best sellers in the format this October, hoping to reach a younger demographic with the cellphone-sized books. Will the tiny trend catch on?

UK Independence Party Suspends Three Members over Socialist Bookshop Attack
The Guardian
Bookmarks, a prominent intellectual hub in London, was attacked by 12 masked men this week. The bookstore hopes to be a sort of “university for activists,” which makes it a political target in England. The manager of the bookstore, David Gilchrist, stated in response to the attack, “When the far right targets books, it should ring alarm bells for us all.”

How Publishing’s Floral-Print Trend Came to Rule the World’s Bookshelves
Vanity Fair
A new publishing trend is turning bookstores into flower shops. Floral print with big white letters has pushed itself onto book covers everywhere. But why is this trend so specific, and why is it happening now?

Oh, the Humanities!
The New York Times
College students are flooding out of humanities majors and into more “technocratic paths.” Additionally, trust in the humanities as a whole is dwindling. What caused this steady drop over the decades, and what can we do to reverse it?

‘Pachinko’ TV Series in the Works at Apple
The Hollywood Reporter
Apple is making the push into TV and taking books along with it. Bestseller Pachinko, by Min Jin Lee, is being turned into a show with about the same budget as The Crown. The movement of books to the small screen is growing faster by the day.

‘Elitist’: Angry Book Pirates Hit Back After Author Campaign Sinks Website
The Guardian
A widely used website that illegally posted book PDFs has been shut down. Yet, as authors condemned the website, they were called elitists for not allowing free public access. The Guardian asks what drives these individuals to see downloading an illegal copy differently than stealing one off the shelves of a store?

Ebooks: How Digital Publishers Are ‘Shaking Up’ the Industry
BCC
It’s not traditional publishing, but it’s by no means self-publishing. The new proliferation of digital publishers provides authors with a third option for their books—possibly one with more support and a bigger payday.

The Most Powerful Publishers in the World Don’t Give a Damn
The Atlantic
It is clear that the way individuals get information has transformed in the past two decades. The proliferation of websites like Facebook and Twitter have given journalistic authority to people who do not follow the same ethical standards as journalists. Should companies like Twitter be held accountable as publishers when dangerous misinformation disseminates?