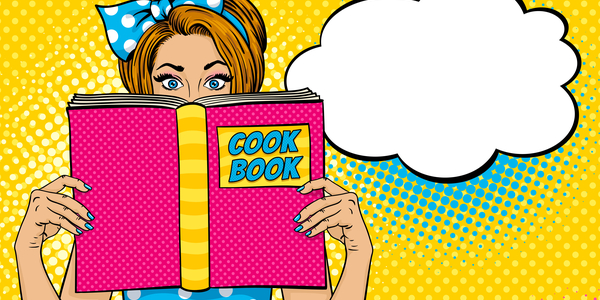 Our round-up of key news affecting authors. In this week’s edition: Reading a book takes time, Spotify for cookbooks, and more…

How Poetry Came to Matter Again
The Atlantic
A young generation of poets is garnering substantial acclaim and readership. Through the use of personal identity and “I” narratives, they are bringing back forms of poetry long thought obsolete. In the words of the author, this is a “renaissance” for modern poetry. How will these poets and their work fit into the establishment at large?

Why Authors Are Earning Less Even As Book Sales Rise
Forbes
The disparity between book sales and author salaries isn’t news. But seeing the statistics laid out simply on the page can help develop an understanding of where the money is going.

Trump Tried to Ban Top Aides from Penning Tell-All Books
Politico
Illuminated by the controversy surrounding the Omarosa Manigault Newman tell-all, the President’s use of non-disclosure/disparagement agreements is facing public criticism. The idea that top government officials could be censored from speaking out against abuse of power is frightening. What happens in a world where important political stories cannot be told?

‘Doesn’t Believe in Contracts’: Literary Agent Sues Bestselling Author
The Sydney Morning Herald
What happens when an agent doesn’t sign a contract with an author? Lawsuits. Bestselling Australian author Kate Morton is being sued by her former agent for breach of contract, even though a physical copy of this contract never existed. The agent asserts they came to a payment agreement over the phone, and thus that agreement must be upheld for the life of her current novels.

Reading a Book Takes Time—Deal with It
Electric Literature
“Only have 40 minutes to read a book? Get a bookmark!” Startups are promising “fiction that fits your life” by offering TV style reads in a subscription platform. However, many argue this is a service readers don’t actually need.

‘Spotify for Cookbooks’ Prepares to Launch
Publishers Weekly
A new streaming service will release this year, except this time it’s bursting with cookbooks instead of music. CKBK has already acquired licencing deals with many major publishers, including Simon and Schuster, and will launch with over 500 books in its database. It remains to been seen whether this new service will help or hurt authors in the long run.

Hundreds of Newspapers Denounce Trump’s Attacks on Media in Coordinated Editorials
NPR
On Thursday, over 300 newspapers published editorials against Trump’s attack on the press. The President responded by calling the media “the opposition party,” and many believe this will only bolster his current platform. Will a united media be enough to reaffirm the First Amendment?