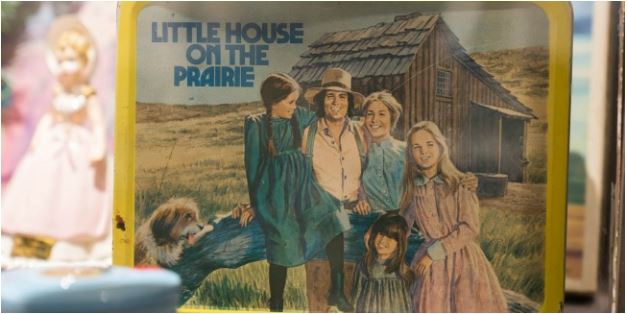 Our round-up of key news affecting authors. In this week’s edition: a children’s award loses its namesake, a rapper wins an Orwell, Europe changes the internet, and more…

Little House on the Controversy: Laura Ingalls Wilder’s Name Removed from Book Award
NPR
The American Library Association voted unanimously on Saturday to strip Laura Ingalls Wilder’s name from a major award for children’s literature. Wilder is famous for her Little House series, which tells the story of her family’s travels on the Great Plains. The ALA chose to rename the award due to racism apparent in Wilder’s work.

Scottish Rapper Loki Wins the Orwell Book Prize
BBC
Darren McGarvey, a Scottish rapper known as Loki, won the prestigious Orwell Book Prize this week. His book, Poverty Safari, examines growing up in Glasgow under conditions of extreme poverty, homelessness, and addiction. The Orwell Prize is awarded to the writer who comes closest to George Orwell’s vision of “turning political writing into art.” According to the judges, this hip-hop artist did just that.

Scripps National Spelling Bee Releases Great Words, Great Works Book List
NBC
This year, Scripps will gather all of the words for its spelling bee study list from 49 separate works. The list spans contemporary fiction to nonfiction and classics. The books are vetted for their rich vocabularies and age-appropriate content. Scripps hopes the Great Works list will “strengthen the connection between reading and spelling.”

Europe’s Proposed Copyright Law Means Big Changes for the Internet
WIRED
In order to combat profiting off copyright-infringing material, the EU has approved a proposal that would likely lead to websites using automatic filters to screen for copyright-infringing content. This proposal would limit the availability of online digital media while simultaneously allowing publishers to better profit off their own material. Four European publishing groups released a statement in support of the proposal “for making a crucial stand for the future of a free, independent press… and a diverse open internet.” The proposal will now move to a vote by the full EU Parliament.

Franzen Is Fine with All of It
New York Times Magazine
In the wake of declining book sales, a stalled TV deal, and harsh online criticism, Jonathan Franzen speaks on what it’s like to be a writer in the digital age. The Times offers an intriguing look into the mind of a man often misunderstood, and more broadly, a view of the state of authorship as a whole.

Poetry, War, and Romanticism: A Look at Alan Seeger 100 Years Later
The New York Times
Alan Seeger was killed at the Battle of the Somme in 1916, thirteen days after mailing his last poems home. Yet, as the poetry of WWI proliferated, Seeger stands apart as one of the last war romantics. While poets like Wilfred Owen or Robert Graves gave the world a stark vision of the trenches, Seeger looked beyond to the “azure eastern sky” and the “cannon’s note.” Was his work a misrepresentation of the war, or can Alan Seeger offer us something else in his romanticism?

Publishers Pay Writers a Pittance
The Guardian
The Society of Authors, the Guild’s UK counterpart, has released the results of their new author income survey, finding that median earnings for professional writers have plummeted by 42% since 2005 to under £10,500 a year. “The word exploitation comes to mind,” said Pullman, bestselling author of the His Dark Materials series and SOA president.

VIDA Count 2017: How Are Women Represented in Top U.S. Literary Publications?
Publishing Perspectives
“Asking this year ‘if abuse and bigotry are anything but the norm,’ the annual VIDA Count for 2017 looks at how women are represented and reviewed in U.S. literary publications.”

Science Fiction and Fantasy Book Sales Have Doubled Since 2010
Forbes
While traditionally published book sales for SF&F have halved since 2009 without recovery, non-traditionally published sales have been on the rise. Since 2010, sales of self-published and Amazon-published ebooks have grown and now constitute about half of all SF&F sales across platforms. With this in mind, SF&F may be better off than you think.

Is This the Biggest Book Cover Trend of the Year?
Literary Hub
If 2017 was the year of the pink book, then 2018 is the year of caps lock. Specifically, blocky all-white font against a “riotous” or black based background. This style portrays both literariness and coolness all at once. It shouts “look at me,” and based on the success of these novels, that look is more than just a passing glance.

Montana Author Takes a Small Bite out of the Big Apple
Kill Zone
Montana author Debbie Burke describes her experience at BEA—including the helpful guidance she received from Authors Guild staff at the Guild’s booth.