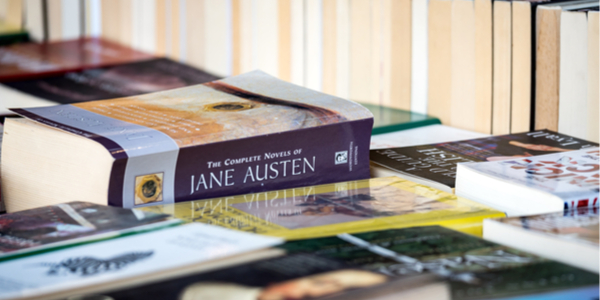 Jane Austen’s Unfinished Novel Comes to the Stage
The New York Times
“What happens to a novel’s characters when their author abandons them? This was the question the British playwright Laura Wade wanted to solve in bringing ‘The Watsons,’ an unfinished novel by Jane Austen, to the stage.”

Collection of ‘Obscene’ Books on Display at Oxford University
CNN
Oxford University will exhibit some of its restricted collection of “obscene” books, which includes Madonna’s Sex, Oscar Wilde’s The Picture of Dorian Gray, and “a Monty Python book that featured a nude posterior on its cover.”

Mayor Bowser Withdraws Censorship Amendment from D.C. Arts Grants
Washington City Paper
Mayor Muriel Bowser’s office has rescinded an amendment stipulating that no project receiving a grant from the D.C. Commission on the Arts and Humanities may be “lewd, lascivious, vulgar, overtly political, and/or excessively violent.” The Commission, which funds projects by local artists and arts organizations through grants, had recently sent a notice of the amendment to recipients who received awards in the most recent round.

The Khashoggi Investigation Must Be Free from Trump and Erdoğan
The Guardian
The Authors Guild and PEN America have drafted an open letter calling for the United Nations to conduct an independent investigation into the murder of journalist Jamal Khashoggi.