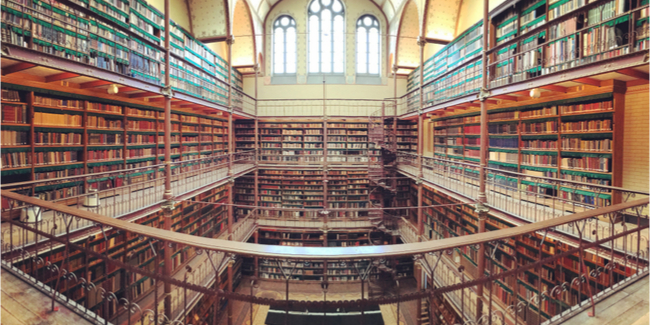 Our round-up of key news affecting authors. In this week’s edition: writers talk about their favorite libraries, PEN America sues President Trump, the Booker Prize is announced, and more…

12 Authors Write About the Libraries They Love
The New York Times
Neil Gaiman, Amy Tan, Julia Alvarez and more were asked to write about their local public library or to share a memory of a library from their past.

How to Create the Perfect Reading Nook
Book Riot
Over at Book Riot, Olivia Paez shares tips on how to create the perfect cozy space to get the most reading done ahead of these chilly months.

Feel Like You Haven’t Hit Your Peak Yet? It’s Never Too Late
The New York Times
A recent study found that about “90 percent of people will experience a “hot streak” in their career,” but that it “can appear at any point in your working life, meaning that it’s never too late (or too early) to hit your peak.”

Literary Group Sues Trump, Alleges Free Speech Stifling
AP News
PEN America is suing President Trump, citing that while he “has First Amendment rights and is free to criticize the press vehemently…he is not free to use the power and authority of the United States government to punish and stifle it.”