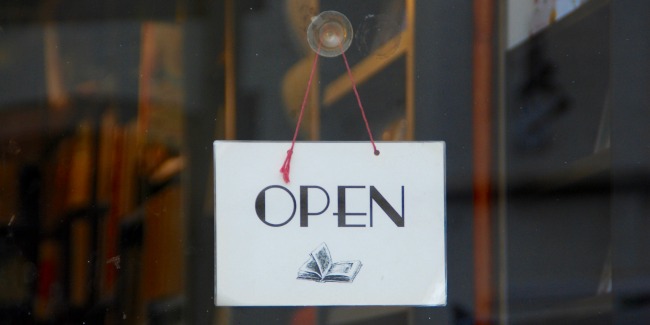 Our round-up of key news affecting authors. In this week’s edition: A bookstore residency program in Scotland, the AAP resets its focus on copyright and advocacy, and more…

The ‘New’ Association of American Publishers to Focus on Advocacy & Copyright
Publishing Perspectives
At their annual meeting, the AAP discussed “the bigger picture” and the impact publishing has on current affairs, the nation’s economy, and even human rights.

The Hate U Give author Angie Thomas on Why it’s Wrong to Ban Her Black Lives Matter Novel
Entertainment Weekly
Angie Thomas’s book has faced pushback from school districts ever since it was published. EW interviewed Thomas during Banned Books Week about censorship and the release of the film adaptation of her book.

You Could Run a Bookstore by the Sea: The Open Book Scotland
BookBub
A new AirBNB residency program allows renters to run a bookstore on the Scottish coast.

SMCA v NAFTA: What’s changed and what it means for IP in Canada
Lexology
The United States-Mexico-Canada Trade Agreement will add 20 years to the Canadian copyright term. Under trilateral agreement, the intended replacement to NAFTA will extend copyright protection in Canada from life of the creator plus 50 years to life plus 70 years, commensurate with the current U.S. copyright term.

SAG-AFTRA Supports the Copyright Small Claims Bill
The Hill
In an op-ed, the president of SAG-AFTRA, Gabrielle Carteris, urges U.S. creators to support the proposed law to create a small claims dispute resolution tribunal within the Copyright Office. The Authors Guild remains a strong advocate of the law, which would allow authors a way to bring and resolve legal claims that would otherwise be impossible because of costs.

Trump Helps Publishers Sell Millions of Books—Both Pro and Con
Yahoo
Books written about Donald Trump and the White House are consistently topping the American best-seller lists, reflecting a demand by the American readers for perspectives on the divisive president. The Trump presidency has also given a boost to the sales of dystopian novels such as 1984 and Fahrenheit 451.

Campaign to Promote Physical Bookstores Launched
Publishers Weekly
As the holiday season approaches, book industry groups have come together to launch a campaign to promote physical bookstores. The Love Your Bookstore campaign will run from November 10 to 16.