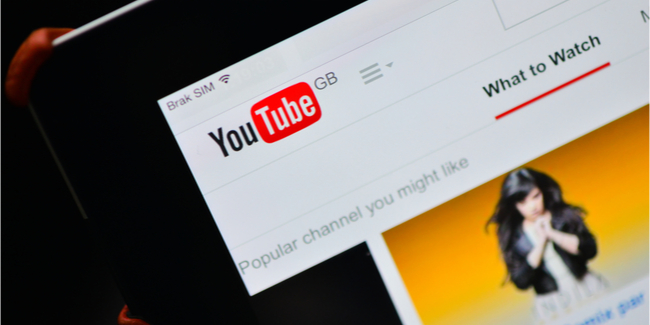 Our round-up of key news affecting authors. In this week’s edition:  A new copyright law may force tech giants to pay billions to publishers, Target accused of censoring book descriptions, and more…

EU Copyright Law May Force Tech Giants to Pay Billions to Publishers
The Guardian
The European parliament voted to approve amended versions of the copyright directive’s two most controversial provisions, articles 11 and 13, which would, respectively, require aggregation and search sites such as Google and Facebook, to pay publishers for showing news snippets or linking to news stories; and would make platforms such as YouTube seek licenses for content such as music videos.

Bob Woodward’s ‘Fear’ Is the Fastest Selling Book Since ‘Go Set a Watchman’
CNN
“Woodward’s media tour is surely helping stoke sales of the book. But what really seemed to help sales are the early leaks from the book and the resulting condemnations from President Trump.”

New Study Finds Fiction Reading Down, Poetry Up
Fox News
The percentage of adults reading poetry has increased for the first time in the history of the NEA’s survey of participation in the arts. The report also found that 41.8% of adults read a novel or short story in the year prior to July 2017, down from 45.2% in 2012 and from 47% in 2008.

Publishers Call Out Target for ‘Censoring’ Book Descriptions
Publishers Weekly
Publishers say Target has removed certain words from book descriptions, including “transgender,” “queer,” and “Nazi,” and replaced them with asterisks.

Carl Hiaasen’s Tribute to Brother Rob, Killed in Capital Gazette Shooting
Miami Herald
“I assure you that the reporters and editors who worked on those stories aren’t ‘enemies of the people.’ My brother wasn’t, either. Whether you’re covering the White House or the local school board, your job as a journalist is essentially the same: Get as much of the truth as you can, and present it in a meaningful way to important participants in a democracy.”

B&N Sees Better Times Ahead
Publishers Weekly
With improving sales this quarter, redesigned stores, and a new online initiative, Barnes & Noble is looking toward the future with big plans.

E-Book Revenues Decrease in First Half of 2018
Forbes
“According to an AAP report released late last week, net e-book revenues through June decreased by 4.8% over the first six months of 2017—this while hardback, paperback, and downloaded audio all saw increases over the first half of last year (by 5.8%, 1.1%, and 35.4% respectively).”