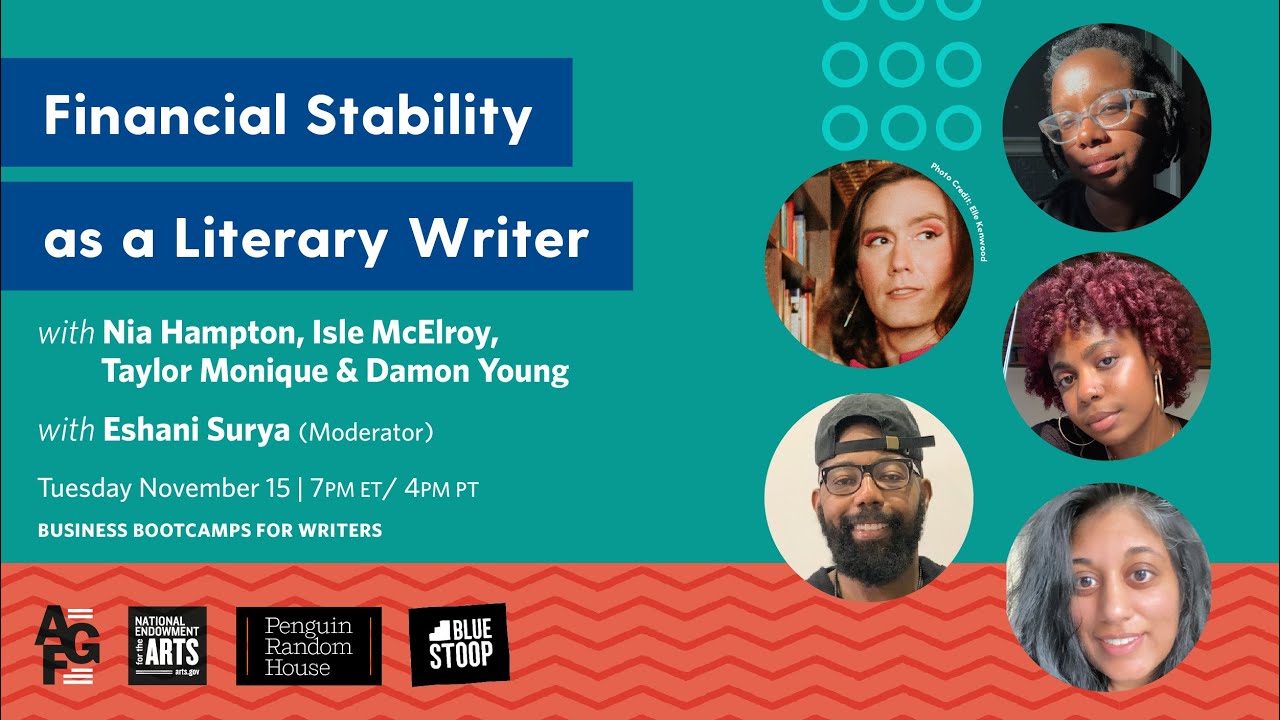 Outside of academia, how can literary writers make a living? Most fiction and literary nonfiction authors do not earn enough from book sales alone, but the creative economy offers a variety of ways to sustain yourself while still making space for your art.

Intended especially for new and emerging writers—or any writer interested in a new career path—this panel will discuss how writers can get creative to find income streams from both gig work and job opportunities.

Nia Hampton is a cultural worker from West Baltimore, MD. After starring in Al Jazeera America’s viral doc about the similarities in police brutality in Brazil and Baltimore she began a career in freelance journalism. Her written work has been featured in Vice, The Village Voice, Dazed Digital, Genius.com, Paste magazine, GlitterMOB, and Griots Republic, to name a few. Her photo and videography work has been covered by BESE, AFROPUNK and screened in the Baltimore Museum of Art. She founded the Black Femme Supremacy Film Fest in 2018. Learn more about her at her website about.me/nia3.

Isle McElroy is a nonbinary writer based in Brooklyn. Their debut novel, The Atmospherians, was named a New York Times Editors’ Choice. Their second novel, People Collide, is forthcoming in 2023. Other writing appears in the New York Times, New York Times Magazine, the Guardian, the Cut, Vulture, GQ, Vogue, The Atlantic, Tin House, and elsewhere.

Taylor Monique, aka rough draft, is a Philadelphia based poet, mixed media artist, and designer. Shifting her perspective of what defines a writer, she shares her words on clothing with her brand “Poetry for the Streets,” in which she received the 2022 Illuminate the Arts Grant to further her mission of creating sustainable clothing with poetic mantras that reflect the person wearing them. She received the Judith Stark Writing Award for her nonfiction and poetic prose and has a new self published collection of poetry titled “synchronicity” releasing in December.

Damon Young is the author of What Doesn’t Kill You Makes You Blacker: A Memoir in Essays, which won the 2020 Thurber Prize for American Humor. He is also a contributing columnist to The Washington Post Magazine—where he writes about the angst, anxieties and absurdities of American life—the co-founder of the culture blog VerySmartBrothas, and was a contributing opinion writer for the New York Times and a columnist for GQ. He has written for The Atlantic, Esquire, New York Magazine, the Undefeated, Ebony, and the Pittsburgh Post-Gazette. A native of Pittsburgh, Damon is the creator and host of a podcast with Crooked Media, “Stuck with Damon Young.”

Eshani Surya, moderator, is a writer living in Philadelphia, PA. Her writing has appeared in The Rumpus, DIAGRAM, Catapult, and Joyland, among others. She was a 2021 Mae Fellowship recipient and Semi-Finalist for Key West Literary Seminar’s Marianne Russo Award for Novel In-Progress. Eshani holds an MFA from the University of Arizona. She is currently at work on her first novel. Find her @__eshani and at eshani-surya.com.

Special thanks to Blue Stoop for collaborating with the Authors Guild Foundation on this panel.

Substack: Getting Financial Support from Your Readers

Finances & Compensation
View More
By continuing to browse or by clicking "Accept All Cookies," you agree to first- and third-party cookies being stored on your device to enhance navigation of our site, and to help us analyze our site traffic and personalize our content and ads.
Accept All Cookies
Manage consent