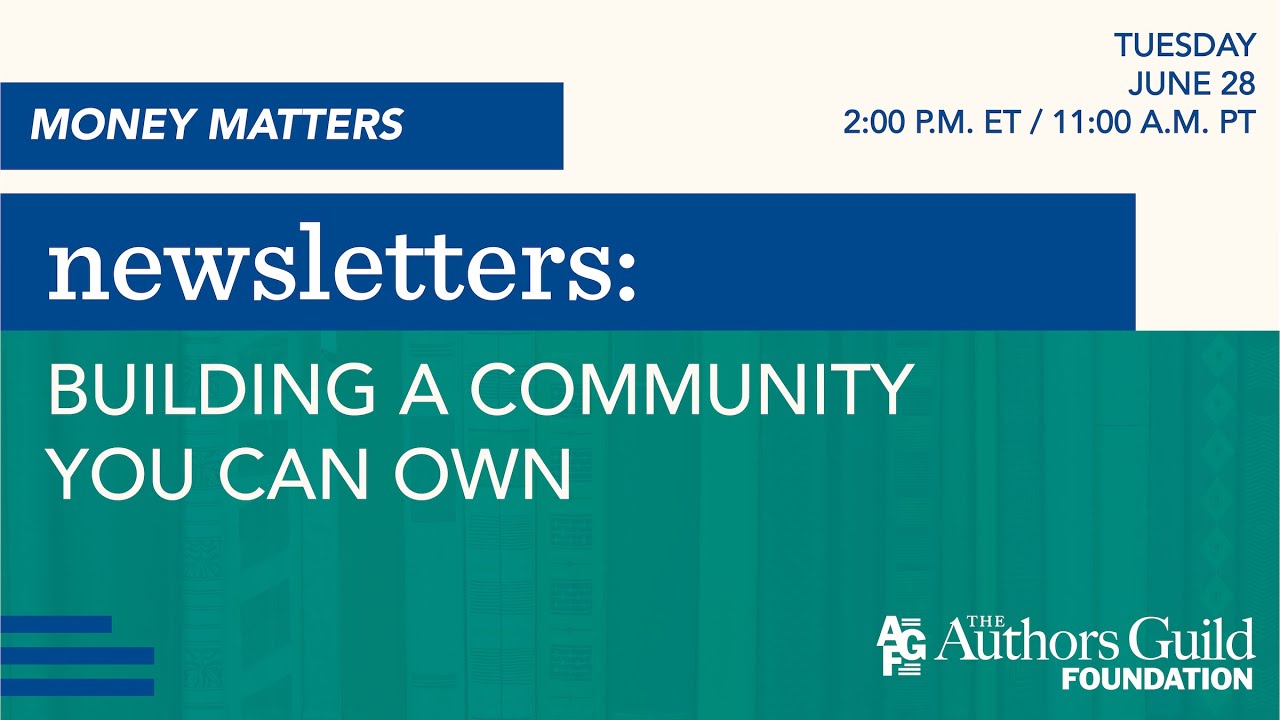 Authors can build and grow a community of readers in a number of ways, but an email newsletter still reigns supreme for those who want to retain full control of the medium and the message. Whereas algorithms determine who sees what you post on social media, a newsletter provides a direct line of communication to your audience.

This webinar will explain tactics for developing and growing an engaging author newsletter, whether your goal is to monetize your writing or simply to stay in touch with fans. Panelists will provide an insightful overview that covers the basics as well as more advanced strategies.

Kara Cutruzzula is a writer, editor, playwright, and musical theater lyricist. Her work has appeared in the New York Times, TED Ideas, and TIME. Brass Ring Daily, her newsletter about work and creativity, has been featured in Lifehacker, Inc., and Vanity Fair, who called it “a life coach in your inbox.” Her journal Do It For Yourself: A Motivational Journal was published by Abrams in 2020 and its sequel, Do It Today: An Encouragement Journal will be released on October 11, 2022. Visit her at karacutruzzula.com or @karacut.

Khe Hy is the founder of RadReads, an online academy that helps high performers live a productive and examined life. RadReads provides guides, coaching, and trainings for over 30,000 professionals to help them gain back free time, scale their impact, and make their little dent in the universe. Before founding RadReads, Khe spent 15 years working on Wall Street and was one of the youngest Managing Directors at BlackRock. He’s been called Oprah for Millennials by CNN and the Wall Street Guru by Bloomberg and his work has been featured in the Wall Street Journal, TedX, Barrons, Time magazine and Quartz.

Kevin Maguire spent 20 years focused on work: from Manchester to London, ending up in San Francisco, working for Google. Until he realised he wasn’t his job and left. Having kids changes you. And after more open, deep, existential conversations with other dads in his life (that weren’t being covered anywhere else) he started The New Fatherhood—a weekly newsletter exploring big questions, showcasing diverse viewpoints on parenting, and helping dads be better, together. Esquire magazine said it was “like one big group text with other guys fumbling their way through parenthood.” He lives in Barcelona with his wife Sejal, and his two children Padme and Bodhi.

Building a Successful Relationship with Booksellers

Substack: Getting Financial Support from Your Readers

Finances & Compensation
View More
By continuing to browse or by clicking "Accept All Cookies," you agree to first- and third-party cookies being stored on your device to enhance navigation of our site, and to help us analyze our site traffic and personalize our content and ads.
Accept All Cookies
Manage consent