When Your Book Is Banned: The Author’s Perspective

The Publishing Industry The Writing Life 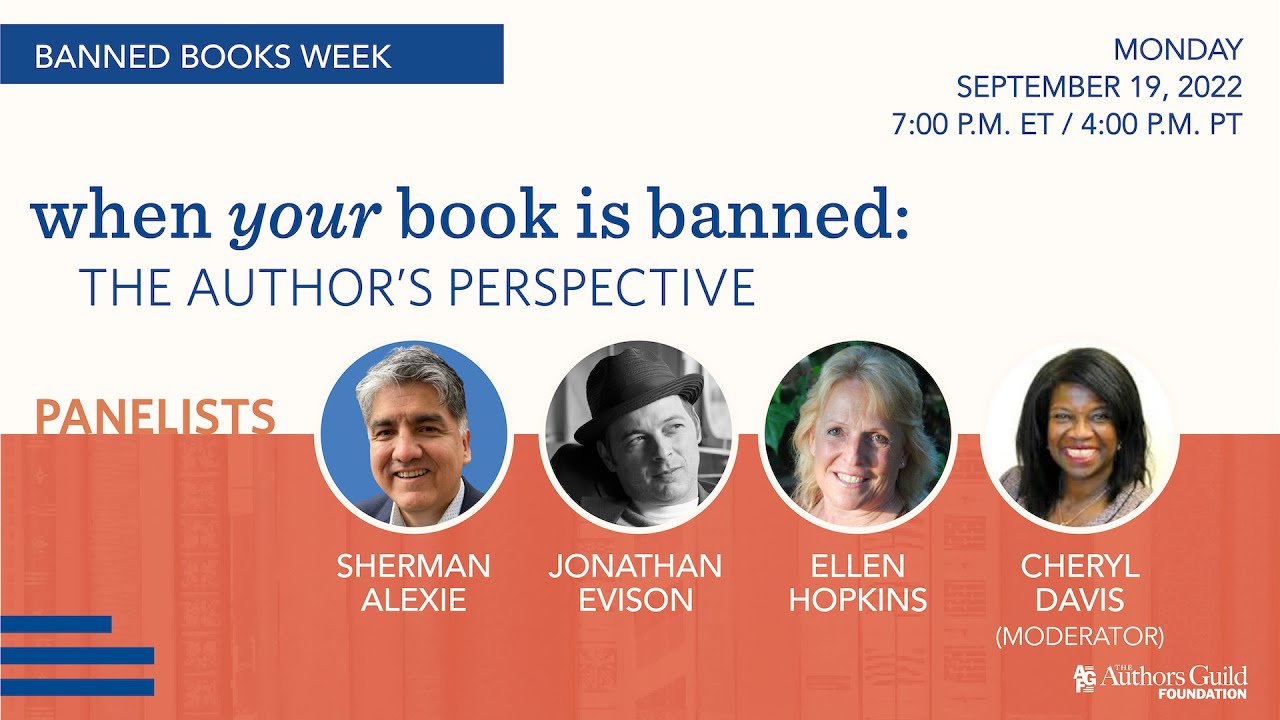 What is the impact on authors when their books are banned from schools, libraries, and elsewhere? What challenges do they face? Does it affect sales or marketing? Does it change what or how they write going forward, or impact their ability to sell their next book? Much of the public discourse focuses on the politics at play and the content of the books, but relatively little attention gets paid to how book bans affect the authors.

Join us to kick off Banned Books Week with the authors of books that have been frequently banned. Sherman Alexie, Jonathan Evison, and Ellen Hopkins will discuss their personal experiences with book bans, the rise of challenges, and their attitudes toward writing in this climate. The panel will be moderated by Cheryl Davis, general counsel of the Authors Guild.

Sherman Alexie is a poet, short story writer, novelist, essayist, memoirist, and filmmaker. He has published two dozen books, including The Absolutely True Diary of a Part-Time Indian, which won the National Book Award for Young Peoples Literature and was listed by the American Library Association as the Most Banned and Challenged Book from 2010 to 2019. He has also won the PEN/Faulkner and PEN/Malamud Awards. He lives with his family in Seattle.

Jonathan Evison is the award-winning author of seven novels: All About Lulu, West of Here, The Revised Fundamentals of Caregiving, This is Your Life, Harriet Chance!, Lawn Boy, and most recently, Small World. He lives with his family in Western Washington. Photo credit: Keith Brofsky

Ellen Hopkins is the award-winning author of four novels for adult readers, two middle grade novels, and fourteen New York Times bestselling young adult novels-in-verse, all of which have been targeted by the recent book banning hysteria. She lives near Carson City, Nevada with her extended family, two German shepherds, and two ponds (not pounds) of koi.

Cheryl Davis, moderator, is the general counsel of the Authors Guild.

Unlocking the Treasure Chest: The Library of Congress Online and In Person

The Writing Life
View More
By continuing to browse or by clicking "Accept All Cookies," you agree to first- and third-party cookies being stored on your device to enhance navigation of our site, and to help us analyze our site traffic and personalize our content and ads.
Accept All Cookies
Manage consent