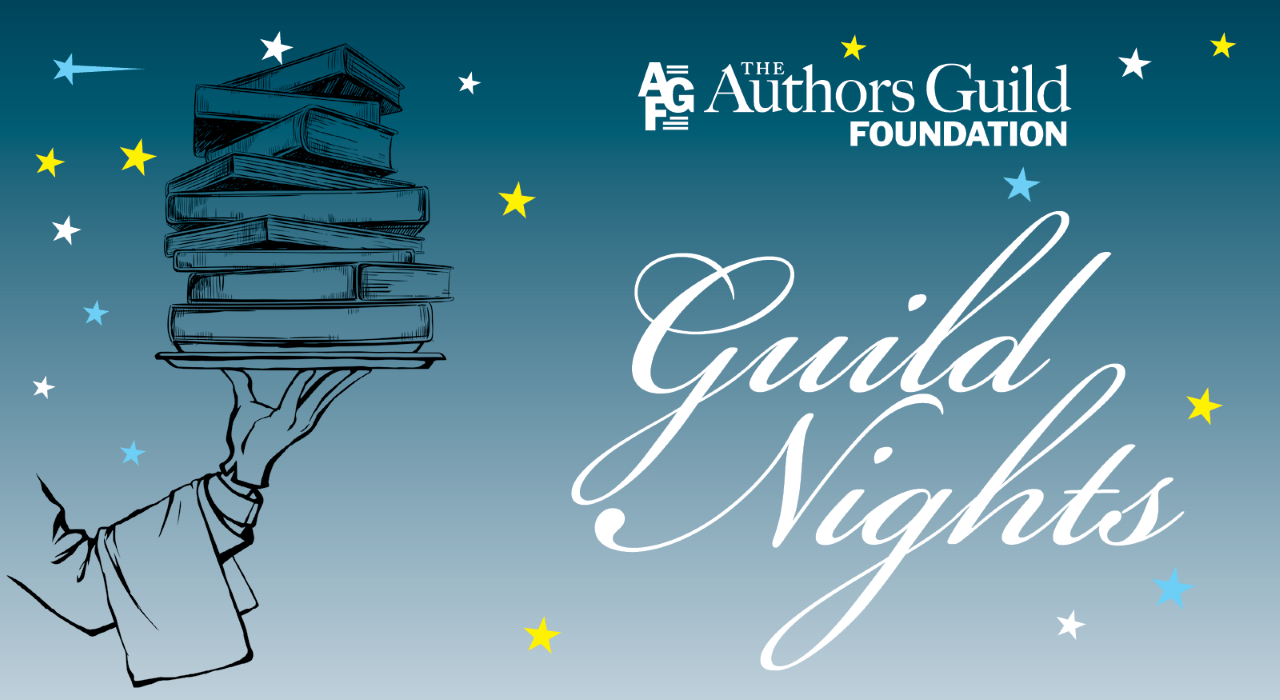 The Authors Guild Foundation Guild Nights are small literary dinners held in intimate settings at private homes featuring one of today’s most celebrated authors as the guest of honor. During the evening, the featured novelist, journalist, poet, historian, playwright, biographer, or essayist will discuss and answer questions on a recent work.

Proceeds from Guild Nights support the Authors Guild Foundation, the charitable and educational arm of the Authors Guild. The AGF educates, supports, and protects American writers to ensure that a rich, diverse body of literature can flourish.

Jonathan Lethem
The Arrest
Hosted by Will and Genie Thorndike

Patricia O’Toole
The Moralist: Woodrow Wilson and the World He Made
Hosted by Steven Koltai and Ivan Zizek

Francine Prose
The Vixen
Hosted by Roxana and Hamilton Robinson

Jonathan Taplin
The Magic Years: Scenes from a Rock-and-Roll Life
Hosted by Allison and Steve Sullens

André Aciman
Find Me
Hosted by Fred and Alexandra Peters

Roz Chast and Patty Marx
You Can Only Yell at Me for One Thing at a Time: Rules for Couples
Hosted by Amanda and Charles Brainerd

Greer Hendricks
You Are Not Alone
Hosted by Cyn Rossi